Once upon a time there was a young French student in the UK studying physics. While living there and being a patient in the UK health care system, he was bothered by its inefficiency and inadequacies. Later, he realized that AI, as being developed, could not solve the needs of patients. Because of this, he became interested in a fundamental question: What would be the best way to measure the state of “health” in an individual using AI?

To answer this question, he started his journey. When he returned to France in 2015 he began studies of biomarkers in an in an 18m² studio in a northern suburbs of Paris. He began developing a non-invasive medical grade device, equipped with sensors and software, designed to be inexpensive and able to monitor physiologic parameters. During this time, he worked together with his collaborator and future cofounder of Neogia to develop contacts in the French startup industry and identify the market opportunities for their technology.

In January 2016, motivated to understand better the global Med-Tech world, they both travelled to Las Vegas for CES, the world’s largest tech event which was a turning point for them.

He made a realization that measuring a state of health quality requires a lot of different types of data and a full working system. One device was not enough. The device needed to be part of a solution. Doing everything that needed to be done was going to require the skills and efforts of others. He realized that by himself his vision could not be materialized.

As changing the Healthcare system needs hard work and dedication, he realized that improving Healthcare delivery starts with the implementation a robust system that the industry can use to develop solutions which will be adopted by the patient. With this impetus, in August 2016, Neogia, a data-driven company focused in Healthcare, is founded.

When it comes to solving human problems, people are the solution. Believing that Artificial Intelligence is a fundamental part of the future of Healthcare, Neogia aims to facilitate the collision of the imagination of experts, users and designers of our medical system to create the conditions to embody the democratization of Healthcare.

By focusing on technologies and innovations, Neogia is democratizing data and access to tools.

Trusting that the solution relies within us, Neogia’s ambition is to enable personalized Healthcare, that is Healthcare reflecting solutions which aim to fulfill our obligation to give each person their best chance for health and wellness.


Capitalizing on our know-how in Big Data, Artificial Intelligence, Regulatory and Data Security, we understand the technological needs of pharma, academic centers and private researchers. 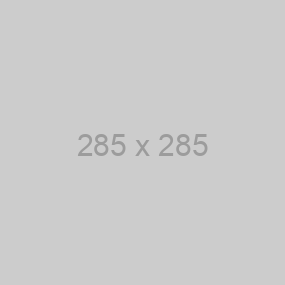 This website stores cookies on your computer. These cookies are used to collect information about how you interact with our website and allow us to remember you. We use this information in order to improve and customize your browsing experience and for analytics and metrics about our visitors both on this website and other media. To find out more about the cookies we use, see our Privacy Policy.